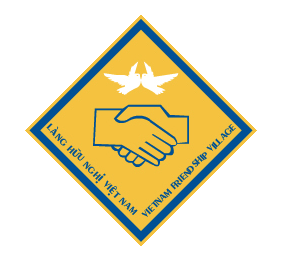 VFVP-USA Board President Stephen Abatiell is the son of Vietnam War veteran and Agent Orange survivor Peter Abatiell. He works in Vermont’s non-profit sector, supporting community agriculture, food access, and the arts. In 2012 Stephen was awarded a grant to take his father on a return trip to Viet Nam and volunteer with others affected by Agent Orange. They spent two weeks volunteering at the Friendship Village, and another three weeks traveling the country and recording the stories of other Agent Orange survivors. Stephen is passionate about the possibility of peace with nature and peace between former enemies, and was able to return to the Friendship Village in the summer of 2013 leading a group of US high school volunteers, and again in 2016 and 2018 for the Friendship Village international committee meetings.

After working for a couple of years in online media, Theresa Gutierrez and her husband felt compelled to engage with people face-to-face and embarked on an adventure traveling around Europe, SE Asia and Africa for a year. They volunteered at the Friendship Village and fell in love with the children immediately. Upon returning to the U.S. several months later, Theresa decided to help in the way that she knew best, media, and thereby started handling the social media accounts of VFVP to create awareness and promote peace and reconciliation. A native Californian, Theresa has also lived in Seattle and New York. She loves to travel, read, and spend time with her family.

Dan Johnson is a retired Army Officer serving from 1979 until 2007 at a number of U.S. and overseas locations.  After his military career, Dan worked in the Defense Industry supporting several IT and Cyber programs. He is a life long runner and avid reader of history.   He graduated from Muskingum College and later received an MS degree in Systems Management. Married, he has two grown children and two grandchildren and currently resides in Papillion, Nebraska just outside of Omaha.  Early in 2018, Dan volunteered at Friendship Village and had an extraordinary experience supporting the children and engaging with veterans of the US-Vietnamese War. The opportunity to assist in this noble effort was truly life changing and reinforced the importance of cultural understanding.  Dan looks forward to returning to Friendship Village and seeking further opportunities to promote peace and good will.

Carol Konyha is a self-employed baker living in Prescott, AZ with her partner, Mike Marks. Carol has been raising funds for VFVP-USA since 2012.   Her father, Sgt. Toby Konyha‘s career was dedicated to the US Army and he served in Vietnam from 1967-1968.  Carol’s father and youngest sister were both affected by his exposure to agent orange.  Their suffering and early deaths deeply affected the entire family. Carol first learned about The Friendship Village by watching the documentary by Michelle Mason.  She and Mike visited the Friendship Village in 2018 and enjoyed being part of the 20th-anniversary festivities.  Most recently, Becky Leuning connected them to the Phoenix, AZ Veterans for Peace.  Both Carol and Mike look forward to contributing more to both organizations in the future.

Becky Luening first became involved with the Vietnam Friendship Village in 1993 and was instrumental in securing charitable non-profit 501(c)(3) status for the US Committee in early 1996 with her then-husband Jeff Huch. When Jeff passed away in March of that year, Becky deepened her involvement with the Friendship Village’s international committee, building on what he and others had begun. She has visited the Friendship on multiple occasions, most recently in the Fall of 2012. Becky is a community organizer, peace activist and artist. She has been an associate member of Veterans For Peace since 1997. A native Californian, she now resides in Oregon with her husband S. Brian Willson, a Vietnam veteran, and their dog Pedro.

Carl Stancil enlisted in the Navy and served aboard a destroyer in the Gulf of Tonkin during the war in Viet Nam. Upon his discharge, he earned an MS Degree in Electrical Engineering at UC Berkeley and then worked in Silicon Valley, becoming involved in solar energy and Appropriate Technology (AT). In 1979 he became an Electronics Instructor at Cabrillo College near Santa Cruz, California, where he met Rosmarie Greiner. Together they shared a large house with two other families until Rosmarie died in 1992. In 1994 Carl left the college to travel and write. He has traveled widely in Asia. In 1996 he decided to revisit Viet Nam where he discovered the Friendship Village. Upon his return to the US, he began volunteering with the US Committee, and currently serves as Treasurer for VFVP-USA. He has since traveled to Vietnam five times and considers involvement with the Friendship Village to be healing for himself and others. He now lives in Arcata, California and is an active member of Veterans For Peace Chapter 56.

Paul Wicker has been active in the pursuit of peace since 2001 and is a member of multiple peace-oriented organizations. He has worked with the American Red Cross Disaster Services since 1998 and has responded to earthquakes, fires, tornados, airliner crashes and to the World Trade Center attack. A mathematics graduate of Loyola Marymount University, Paul is an amateur astronomer and a member of the Los Angeles Astronomical Society and the Astronomical Society of the Pacific. As The Galileo Guy, he has made presentations on astronomy to thousands of elementary and middle school students in the Los Angeles area. Formerly he was a California credentialed secondary teacher. He is currently a private fiduciary. Paul and his wife Nancy have four grown children and two grandchildren. He is a scuba diver, snorkeler, backpacker and biker. He has traveled extensively throughout Europe, Central and South America, the Pacific, and Southeast Asia. He visited Vietnam Friendship Village in 2007 and currently serves as Secretary of the US Committee.